THE BROKEN FESTIVAL MACHINE AND THE NUMBERS by CS LEIGH 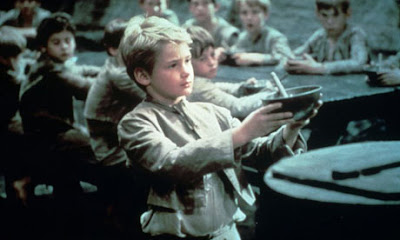 Filmmaker to Festival Director: "Please sir, can I have some more?"

1. In the introduction to one of her books Pauline Kael lamented that when she started writing movie reviews people used to come up to her on the street to say how lucky they thought she was to be paid to go to the cinema, but how that had changed over time and for the most part she earned only the public's sympathy for having the fortitude to endure so many crap movies. I'm paraphrasing as the internet search I did found several versions of the original text all of them a bit different and I'm too far away from my Pauline Kael library to check it now. A visit to the closest bookshop revealed that most of her books are out of print. But I feel exactly the same way about film festivals. I am about to attend my twenty-first Cannes Film Festival. I remember the feeling of elation that overcame me on my first visit and it stayed with me for about ten more. But that has now been replaced by a sense of resignation. I go for the meetings not the films which is something I never thought I would say.

2, For those of you familiar with Pauline Kael the title and form of this little jeremiad will no doubt bring to mind Kael's pull no punches Why Are Movies So Bad? or The Numbers, published originally in The New Yorker in 1980. For those of you not familiar with it forget about reading this post here. Go out and get that and don't put it down until you finish it.

3, Who needs film festivals in 2009 ? The only viable answer I can come up with are hotel chains and airlines. When I first went to Cannes it offered an opportunity to watch many films that I knew I would never have the opportunity to find again especially with English subtitles. In 1994 I watched 53 films in Cannes, though I walked out on a few. These included films from countries who didn't make or export many back then. Nowadays there is nearly no film screened at any festival that I couldn't find on my own and in any number of ways. The few films I want to watch that are rare or hard to locate will never show up at Cannes anyway and sadly they don't find their way on to schedules in Rotterdam, Berlin, or Locarno anymore either. Sometimes if we get very lucky they do get screened at the Viennale which still seems to me a festival with a valid mission.

4, Film festivals have turned into the Jay Leno show of the cinema circuit. Filmmaker shows up with good looking cast and somewhat less sexy crew, gets hotel room for two nights, a couple of drink vouchers, gives redundant interviews, has ass kissed for three days, and moves over on the sofa to make space for the next guest. The dirty little secret of the film festival machine is that it uses the artists to give the festival enough credibility to lure the commercial movie business into giving it A or B list films in exchange for credibility. For example Cannes opens with rubbish like DA VINCI CODE or Rotterdam gives us the world premiere of some shite directed by SOPRANOS actors who couldn't figure out where to place the camera if their lives depended on it and the respective directors get to feel like Godard for a day. Gone is the time when festivals served the purpose of shedding light on great but neglected cinematic talent. Unless you consider Ron Howard or Michael Imperioli geniuses languishing in isolation while the world looks the other way. There still might be good reasons for regional festivals to exist but the big three or four are just a marketing tool preaching to the converted.

5. I don't discount great filmmakers who are film festival stars like Atom Egoyan and Michael Haneke. They are among the greatest artists working in cinema today. I await their new films as previous generations waited for Ingmar Bergman to send down the next chapter of the Grail. What I do question however is the idea that these directors are guaranteed competition slots in Cannes year in and out as a matter of course. Has the film festival model just turned into a Greatest Hits collection?  Does anyone need to be reminded that Ken Loach makes brilliant and brave films ? And does anyone need to go to Cannes to watch them anyway? There was a time when distributors did need Cannes to be guided to know what to buy. These days the distributors tell the festivals what to do and make the deals.

6. About ten years ago Rotterdam introduced an amazing strand called Exploding Cinema. They understood very early on a need to respond to new technology and, more than that, the ways cinema audiences's expectations and habits were morphing because of it. Many festivals have since introduced similar sidebars. For example at Sundance this year there was the bold and challenging New Frontier including films by Pat O'Neil and Sharon Lockhart and also installations and other film ephemera. Although this was very interesting it still offered very little that we could not find in musuems and art centers all over the globe. There was nothing cinematic about New Frontiers. I get the feeling these sidebars are now being created largely as a way to keep spectators interested as if the distraction of the laptop, phone, and whatever other popular device is selling like hotcakes these days are threatening the festival idea at its core and I suppose that's the point. They are.  For heaven's sake, Rotterdam even had a Haunted House this year. What's next? Maybe a Lego version of Chloe Sevigny's likeness at the entrance to the Berlin Film Festival's Panorama screenings ?

7. The real problem is that the model is broken and outdated and nobody has the balls to admit it. It's just another naked Emperor. For filmmakers the relationship to film festivals is the same as Oliver Twist innocently asking the orphanage "Please sir can I have some more?" after feeling less than satisfied by his first meal under their roof. Why do we feel the need to be granted the right to show our work ? Are we bought so cheaply as a plane ticket, hotel rooms, and saving a screening fee? Why do we feel blessed when second rate beurocrats and third rate academics select our work? You don't need to go to Cannes or Venice anymore to keep up with the best new work. You go only if you want to know what Monica Bellucci is wearing on the red carpet and you can read about that on a blog too pretty much in real time. Festivals have become boring largely because the people who frequent them are too willing to play by the rules.

8. The great thing about this horrible moment we live in is that everyone is a curator, everyone is a festival director, anyone can programme pretty much anything on youtube or on their computer and can stream whatever they like out there to whoever is willing to watch it.  I don't personally feel very excited about having my work shown that way. But there are other options. Warhol told us all that anyone can do it and maybe it took fifty years for his words to be born out. Of course that doesn't mean that anyone can do it well. But surely with the bar set as low as it is right now could it really be worse?  I say this and I say it simply to my community. Show your work. Screen your films. Stop begging. Find new ways to distribute your work and create the next version of cinema.