YOUR SPECULATIVE ARCHIVE OF THE NEVER PRESENT IS HERE BUY NOW

Still thinking through and around  Susan Hiller's concept of  collage cognition  I was interested to read a lucid take on this theme by the artist Maryam Jafri, in conversation with Patricia Reed in the Jan/Feb 2009 issue of Art Papers. The following is a Critical Distortion of both Jafri's answers and Reed's questions.

I definitely aim to work around documents, that is, to transform them and not just represent them. The documentary turn has meant that artists' approaches are now much more research-based. But I'm not interested in reducing the artistic process to mere research.

Artistic research differs from research in the social or physical sciences in that art can open up a fantastical space where imprecision, ambiguity, and contradiction - the very things that the natural or social sciences avoid - come into play. 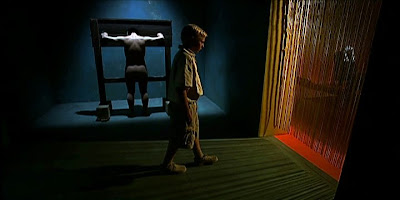 For me, the most interesting art works are also formally innovative - even in our so-called documentary era.

In other words, research must operate at the levels of both content and form. It must push the medium further.

This requires an engagement with formal and aesthetic parameters, that is, research in relation to, but also independent from, content.

So, I often take visual material that is usually seen in a certain way - such as archival photographs - and present it entirely differently. 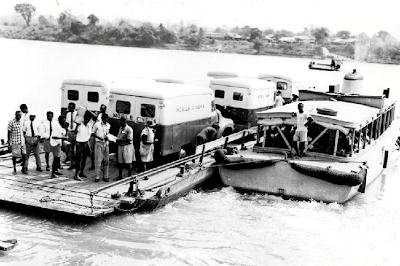 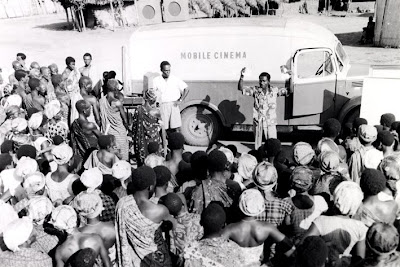 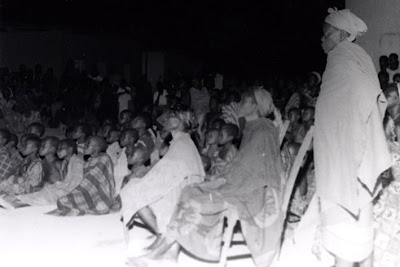 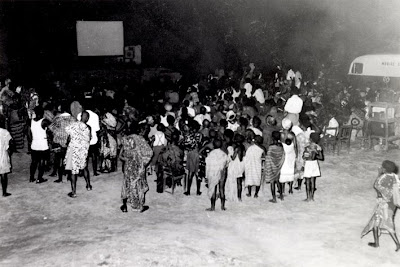 ON STAGED ARCHIVE: Staged Archive is a film, but it is also a collage of filmic codes and conventions from film, theater, and photo history.

This brings us back to collage, Fassbinder with Ghana and missionaries with film noir, with the difference that in Staged Archive, the collage is made up of both materials - newspapers, photographs, and so on - and ideas - in this case, genres culled from the treasure trove of film history.

As with all processes, serendipity meets conscious effort in art making. I found the photographs while researching a different project at the national archives of Ghana. That project never happened. 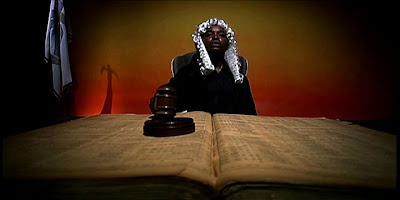 My research also encompassed other background material, such as actual transcripts form Ghanaian court cases and the missionary theme in English literature

ON A MORE FORMAL LEVEL: I relied on the films of Fassbinder and the neo-noir strands of David Lynch to give the work a psychological and performative dimension

Much of what you see in my work are the dead ends of other projects that never happen, thus I'm constantly researching all sorts of things. What makes or doesn't make it into a work depends on a host of factors, some of them conscious and others unconscious.

QUESTION: I see your process of working/ researching as a disruption of the syntax of documents, which aims to produce potential subjectivities rather than real ones.

Stan Douglas elegantly summarized why these moments of interruption are so interesting. He notes that we are partially fascinated by the archive, by the past, because it reminds us that things could have turned out differently.

Moments of interruption open the way for potential subjectivities that point to other presents that could have taken shape - that still might take shape in the near future. The desire to find hidden potentialities in the present -

- requires the use of distancing devices such as an estranged form of acting and some other element culled from the language of theater in order to create a distance to the present.

Time naturally creates a distance to the past

Interruption can create a similar distance

VOICE2: The "most compelling and self-evident" narratives are certainly the ones that need to be disrupted and called into question most vocally. Contingent narratives are more interesting to me because they actualize the need to make contingent and partial sense of the world