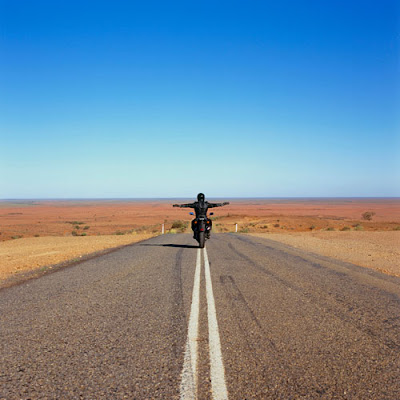 My essay on experimental film and ecology has just been published online as part of the RSA Art & Ecology magazine. Starting off from Figuring Landscapes - the festival of artists' film and video at Tate Modern (6-8 Feb 2009), organised by Steven Ball and Catherine Elwes, it attempts to figure out how ecological and environmental issues have come to be part of a particular approach to the moving image.

There were many different takes that could be followed through a fascinating programme of films, but I found myself most taken with the approach of Semiconductor, whose All the Time in the World (2005) used data of seismic tremors on the Northumbrian landscape to create an animated image of normally imperceptible rock movements. Moving out from their work to the festival as a whole, there was a group of work engaging with an image that was in some way imperceptible, and it is the nature and implications of this which the RSA essay explores.

As the characteristics of this type of image became clearer, I realized that it proposed, too, a particular type of response from audience and critic. Reading a film of coastal erosion as being about human fragility, seemed redundant. Such an image had already absorbed into itself different readings and responses, as, too, it absorbed past, present and future. This complexity and imperceptibility became visually present - not without paradox - in a distinct, literal image.

After writing the essay I realised that I had been unconsciously attempting a low-budget re-make of Susan Sontag's 1963 essay Against Interpretation. Going back to Sontag's essay was a good way both to acknowledge that source, and to identify the differences of our own contemporary moment. Interesting in this context, of course, to note Sontag saw film as one of the best equipped mediums for evading interpretation because of how it had a formal language that could be identified and discussed in lieu of discussions about meaning:

Interpretation takes the sensory experience of the work of art for granted, and proceeds from there. This cannot be taken for granted, now. Think of the sheer multiplication of works of art available to every one of us, superadded to the conflicting odors and sights of the urban environment that bombard our senses. Ours is a culture based on excess, on overproduction; the result is a steady loss of sharpness in our sensory experience. All the conditions of modern life - its material plenitude, its sheer crowdedness - conjoin to dull our sensory faculties. And it is in the light of the condition of our senses, our capacities (rather than those of another age), that the task of the critic must be assessed.

I quote this at length not to highlight Sontag's contemporaneity, forty years later, but to highlight her differences. If, as in Sontag's conclusion to her essay, the "imperceptible image" is a recognition that "In place of an hermeneutics we need an erotics of art," it is an erotics increasingly involved with the idea, with its own impossibility, and which has taken conventional critical interpretation into itself to make it a transmuted part of its own content. 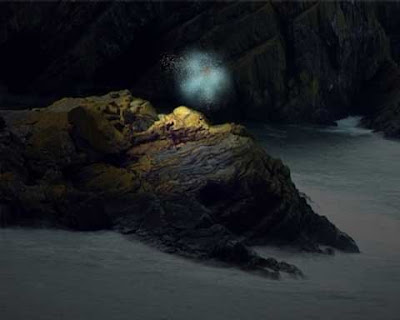 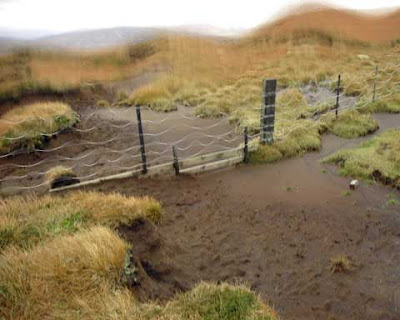 In the RSA piece I leave unexplored what measuring ourselves against, rather than interpreting, such images practically involves. It's a hunch. However, something of how these tensions might unfold seemed evident in the final section of Luca Cerizza's ongoing, transforming essay Nothing to See, Everything to Hide: Power to the Imagination in the Era of the Digital Revolution (re-printed in its latest version as the opening to the latest excellent issue of Uovo magazine):

The very use of a certain type of language, even intentionally old-fashioned and technologically very modest (Super-8 screenings, black-and-white photos, handwritten or typewritten texts) should not deceive us: the often vintage-style look of these works is in actual fact the medium for talking about a reality that is present, and that will certainly be increasingly present in the future, in which technology alters and will radically alter Nature, and the nature of images, information and stories.

I believe that these and other artists... are fully aware of a modernity that is increasingly "liquid", to use the sociological term employed by Zygmunt Baumann. A modernity that is made of bodies and images and stories that are continuously and easily reproducible, transmittable, and deployed/deployable, in which "original" and "copy" are ever weaker concepts, and in which our sight and identity are increasingly deceived and deceptive.

Some artists contrast the dominance of images, which is increasingly common but less and less reliable, with a "light", malleable art turned into stories and legends, and "oral" whenever possible, that can be conveyed in a manner similar to file-sharing. (27)

I quote this whilst aware that it is by no means a wholly close fit with Figuring Landscapes - which, for example, has relatively few works exploiting Super-8 or otherwise old -fashioned, obsolete technologies. But like Figuring - and also like the very different work in the Altermodern Tate Triennial - Cerizza notes conjunctions and simultaneities of space and time and suggests what kinds of action and art work result.

All of which, from an ecological point of view, may offer something of an indirect, emergent answer to questions like the following, from which the RSA essay begins, noting the parallel development of an environmental movement and a trajectory of experimental film out of New American Cinema:

If one looks across a century of experimental films is there a discernible change in the representation of the natural world, and human relationships within it? How did awareness of environmental issues become part of these films?  Did film makers incorporate or remain oblivious? Is there an affinity between such film makers search for new methods and ways of seeing and the environmental movements own calls for new paradigms of looking and thinking?