A NECESSARY MUSIC AND AN EVENING WITH ROBERT ASHLEY 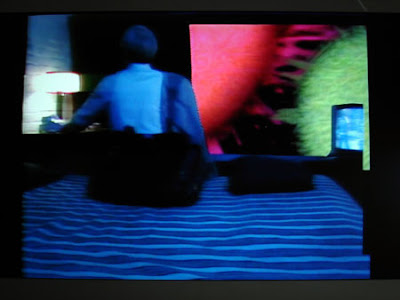 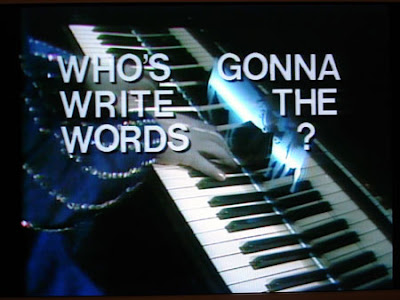 A NECESSARY MUSIC - A project by Beatrice Gibson developed in collaboration with the composer Alex Waterman. Narration by Robert Ashley.

AN EVENING WITH ROBERT ASHLEY - A talk by Will Holder

Art writing, space and artists' film are three of More Milk Yvette's ongoing obsessions, so Thursday's event at the Cockpit theatre could have been designed to order: a screening of Beatrice Gibson's study of Roosevelt Island in New York, followed by Will Holder, editor of the excellent F.R.David, talking on the American composer Robert Ashley.

Ashley was in many ways the evenings presiding genius, as his glorious vocal tones - which, I suspect, may have been directly responsible for inventing the word mellifluous - were also to be heard narrating Gibson's film. I wondered if this was the most sustained attention his work has ever been given in London. Knowing only a few of his pieces, it was pleasurable to realise his centrality to current work, and to hold to some memory of his vocal invention walking home along a freezing Edgware Road.

Gibson's film - which last week won a Tiger Short Film  Award at the Rotterdam film festival - began with the camera moving horizontally across Manhattan, continuing out over the water and arriving, between Manhattan and Queens, at Roosevelt island. Home to the kind of historical conjunction that is god's gift to psychogeographers, the island's history combines a nineteenth century insane asylum with a little known Philip Johnson modernist social housing project.

Once on the island, Gibson's moving camera became more stationary, showing a series of still, sometimes repeating shots, of the island bus station, a near empty residential street, and the view back across the water to Manhattan. It established a sense of the island's atmosphere, whilst also highlighting the formality and constructed nature of what we were seeing. Roosevelt Island became a set of carefully composed images that puzzled rather than revealed its character. Or: Roosevelt Island was filmed in a way that physicalised ideas, ambitions, and hopes embedded, say, in Johnson's social housing project.

Two other elements were key to that mental-scape's architecture. Ashley's contribution was to read extracts from Adolfo Bioy Casares 1941 novel The Invention of Morel. Noting this in the programme notes set off a few alarm bells - Casares, along with Borges and Sebald, is one of a handful of writers finding a devoted fan club amongst contemporary artists, such as Dominique Gonzalez-Foerster and Doug Aitken. It's fascinating how such baroque, imaginative visions are aligned with modern, urban, non-space, but I would personally support a year long moratorium on art works inspired by the writings of W.G.Sebald.

Gibson's use of Morel, however, was an astute one. If you didn't recognise the text then it both fitted and didn't fit with the images, again stirring that mix of real and idea. The use of Ashley as narrator explored this on the level of the voice. Ashley, whose work has been much preoccupied with how to score and sing American English, here reads a  translation of a novel written in Spanish, seeing how Morel's words fit the landscape of the island, Gibson's framing,  the (American-) English language, and Ashley's own vocal characteristics. In contrast to his own work - where such explorations could lead to a vocal virtuosity - Ashley read calmly and flatly, his voice fitting the landscapes the camera focussed upon.

This was also part of the film's final element, in which groups of residents sat in semi-tableau and offered their  thoughts on their lives and the island. I don't know how these sections were designed but I often experienced it as if Gibson had gathered quotes and opinions from the residents, then re-distributed them back, sometimes to different people. This isolated and emphasised particular phrases in ways that both foregrounded the words and prompted an examination of the speaker, an effect emphasised by Johnson's spacious modernist interiors. It also dramatised the process of a place and people becoming mediated by film.

In one enjoyable tableau a group of young children seemed to be  repeating an adult conversation, playing between the voices they ventriloquised and their own.  In scenes like that pictured below, not knowing quite how to read the speakers voice and dress,  I felt the style put in flux their social identity, asking they be brought out of the normal flow of conversation and experience to become their familiar selves and something other. These scenes seemed to sum up what Gibson found on Roosevelt Island: words fit bodies and bodies fit words, and places too, but oddly.

All of which was also present in Holder's lecture. An Evening with Robert Ashley comprised Holder and his MacBook Pro, long audio and video extracts of Ashley's work - an audio recording of In Sara, Menken, Christ and Beethoven There Were Men and Women - and an  episode of Private lives - and a pile of small cards which Holder, moving around the space, worked his way through, reading aloud what seemed to be a gathering of Ashley's own words from writings and interviews. It was all scripted, apart from a seemingly unintended intervention by the Ghost of Sixties Indeterminacy, who muddled up the order of some of the cards in the middle of the pile in devilish homage.

Although examples of Ashley's work were named and dated on the screen, Holder's approach deliberately withheld much context, scene setting or biography. Instead, Ashley's work became an active, contemporary presence of words and sounds, rather than a historical phenomenon. This certainly made the work more relevant, but the small bits of context I already had certainly made it more approachable. Perfect Lives, for example, certainly changes once you realise it was specifically written as an opera for the TV form, first premiered on Channel 4. Connecting Ashley to contemporaries such as Steve Reich or Laurie Anderson similarly makes his style much more understandable.

That said, making Ashley a contemporary rather than a historical artefact is a valuable strategy amongst a tsunami of sixties-rediscoveries and retrospectives. It's also somewhat delicious that such a sense can come from a text comprised solely of Ashley's own words. In both this and Holders talk on concrete poetry - reproduced in the current issue of Dot Dot Dot - there was a moment a few moments in where my brain switched from thinking of this as Holder's own commentary to realising it was actually quotation. If it's vague and digressive it's not Holder but Ashley himself! Holder's variety of ventriloquism plays with authority and audience, keeps the subject subjective. 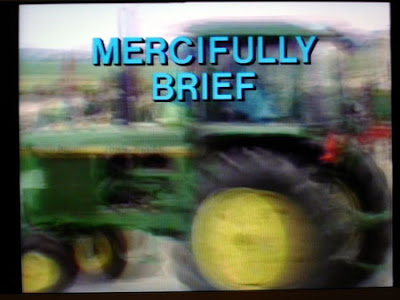 Like Gibson's film, Holder's talk revealed its subject as a way to maintain its opacity. It recognised that  this doubleness depended on a particular sense of time. Unannounced, Holder's long Ashley extracts sometimes had the audience wondering when and if they would end, but they emphasised how what was important was the timescapes of Ashley's work not the time of the lecture as a unit of information-absorption. Or, rather, the talks own distinctiveness came from the interaction of the experiences and expectations of each of these forms.

Combined with Gibson's film the lesson of this intriguing evening seemed to be how to work with that sense of time to where it molded bodies, space, speech and movement with an intensity we might call music.