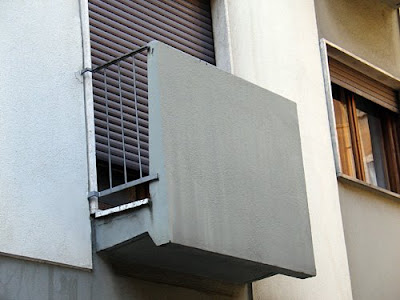 Right at the beginning of Tuesday's Lux talk, Tom Holert presented an idea that clarified what - for me - had been an unarticulated aspect of contemporary art making. I was very excited. Holert was also showing a film, and discussing the boundaries between a writing, academic and artistic practice, but it was this one idea in particular that reverberated from the night - the first of six curated by Ian White under the title Six Tuesdays After Film as a Critical Practice.

Holert noted the prevalence in interviews of artists asserting "I am interested in..."  He cited a Hans Ulrich Obrist chat with Dan Graham where the later stated his multiple reasons  for becoming interested in gardens. Holert saw this as a broader contemporary and historical phenomenon whereby artists' "I am interested..." statements usurped the experience of a work of art, towards controlling and framing its reception, the thoughts and ideas the work is presumed to convey. Interest(s), Holert seemed to be saying, are the means by which an individual artist makes themselves a branded commodity.

Much of my excitement at Holert's proposition came from one phrase: he noted how talk of interest replaces talk of intuition and intention. Moving beyond the first of these terms fits a longstanding sense of artists seeking a self-definition and working practice beyond a Romantic sense of self. Seeing interest as replacing intention was something more unfamiliar to me.  Contrary to Holert's proposition this semantic shift suggested artistic process becoming more diffuse, less unilinear in its intention and definition.

This, at first, was where my doubts about Holert's thesis came from. When Graham, or any other artist, says "I am interested in gardens..." I don't assume they actually know anything about the subject. Or, rather, the kind of knowledge they are offering seems likely to fluctuate between scholarly research, the enthusiasm of the dilletante, hunch, Google search, wild rumour, gossip, and Wikipedia, all filtered through the informal dynamics of conversation. Surely what emerges is as much internet dating profile as it is abstract for an academic paper. I also don't read the interviews looking for knowledge, but more to experience a particular presence. 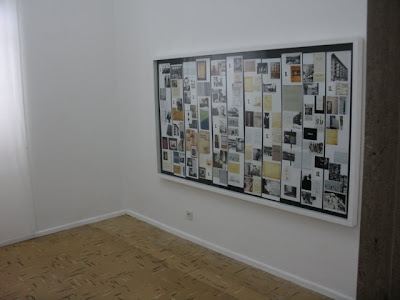 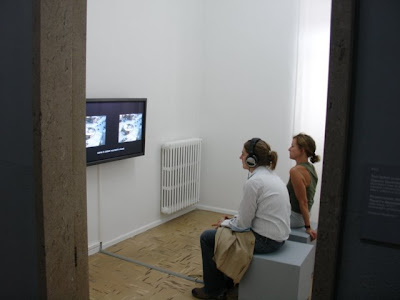 Ricostruzione: Disertori/Libera (2008), two installation shots from the Palazzo delle Poste in Trento in "The Soul, or, Much Trouble in the Transportation of Souls", the exhibition curated by Alselm Franke and Hila Peleg as one of four Manifesta 7 stations (July 20 to Nov 2, 2008).

Rather than narrowly defining the work, I wondered if interest-discourse had become so popular because it offered a way for artists to think and act intellectually without talking about the work itself. Susan Hiller's new book  The Provisional Texture of Reality offers a clear example of this, presenting a range of talks and writings on Hiller's recurring range of interests, but always clear that they leave a space for the work itself, that if the talks could explain it all there would be no need to make the films and installations themselves.

I asked Holert about this, and he suggested that such vague-knowledge was more a characteristic of the past. He said his research was incomplete but it seemed to be showing a shift towards artists using the assertion of interests in more defining ways, making more specific claims for their knowledge. This, Holert had explained earlier, was part of a broader historical phenomena: in the history of aesthetics, where interest changed from a pejorative into a middle term between passion and reason; in strands of twentieth  century psychology which classified and defined personality types through 'interests.'  He cited John Dewey, for whom the nurturing of interest was a primary way in which the individuality was formed.

Ian White concluded the evening by joking that, by positing this as an hypothesis, Holert had given us all a project to get working on. The challenge seemed to be less which of these types of knowledge is currently in vogue, than the precise combination of specific and vague. This seemed true of Holert's film which - as his talk revealed - had been the result of large amounts of scholarly research, but also wove them into an associative, somewhat absorptive structure, that, as he said himself, often built up layers of information beyond the point where they could be easily comprehended. The full film and its research archive is online here. 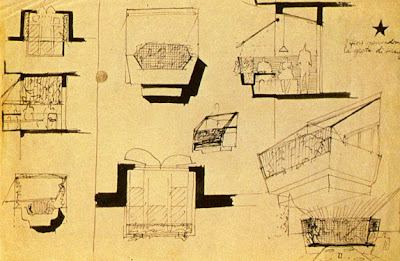 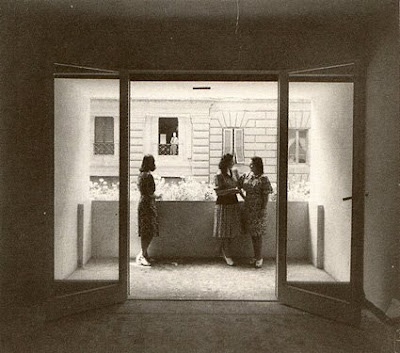 (TOP:) Libera, Balcony Studies, c1950; (BELOW:) Scene on a loggia of Libera's apartment building in Via Messina, Rome, 1940-41. Images from the online archive at www.ricostruzione.isvc.org

Perhaps finally, too, it was useful to relate this ongoing tension to Holert's other concern: the difference between artistic-production and writing or scholarly work (Holert and Honneker made their film as a commission for Manifesta 7 but neither, he said, saw themselves as artists). Perhaps "I am interested..." is almost the emergent speech act of a situation where the boundaries between these different activities has collapsed, and lectures on art are as likely to be lectures as art than about it.

Holert's talk left me unsure whether this was a situation to embrace, or whether it required some urgent wall-repair. Was knowledge too fixed and needed loosening? Was it so amorphous it needed pining down? All of the above.

All events start at 7pm and are held at LUX 28, 28 Shacklewell Lane, Dalston, London, E8 2EZ. Admission free, but booking essential as places are limited. Book a place by e-mailing salon@lux.org.uk.

Tom Holert explores these ideas further in his just-published article Art in the Knowledge Based Polis, in E-Flux Issue 3, February 2009.
Posted by MORE MILK YVETTE at 04:53