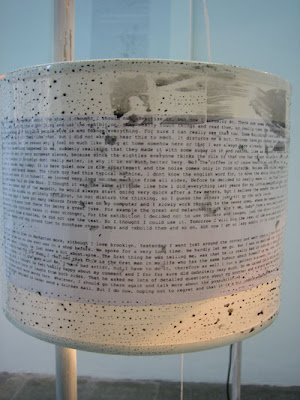 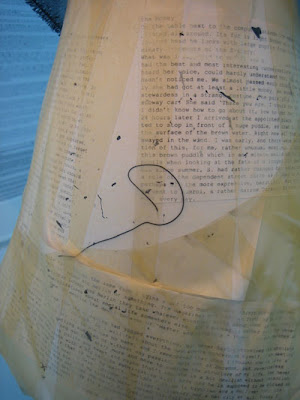 Dan Starling's Malcolm X: An Introduction by J.D.Salinger is a re-working of Salinger's Seymour: An Introduction, which maintains the original as much as possible whilst adapting the details of Seymour's life to fit the biography of Malcolm X. Something of the curious effect this produces - adapting and translating in both directions to create a prose both settled and unsettling - is demonstrated in the following paragraph:

Something now - and briskly, if I can - about that subtitle, An Introduction, up near the top of the marquee. My central character here, at least in those lucid intervals when I can prevail upon myself to sit down and be reasonably quiet, will be the late, fourth eldest brother of the Little family, Malcom X, who ( I think I'd prefer to say this one obituary -like sentence), in 1965, at the age of thirty-nine, while speaking at the Audubon ballroom in Harlem, was assassinated. He was a great many things to a great many people while he lived, and virtually all things to his brothers and sisters in his somewhat outsized family.

I read about Starling's project in the Fall 2008 issue of the Vancouver-based journal Pyramid Power. I was fascinated by the juxtaposition, how Malcolm X and Salinger were both distinct and combined, put into opposition through the smooth continuity of prose. It was one of a host of different writing models and strategies that emerged from books and magazines I was looking at over the holidays.

Something of the doubleness of Starling's text reminded me of Susan Hiller, particularly the talks and writings recently reprinted in The Provisional Texture of Reality: Selected Texts and Talks 1977-2007.

Hiller's art works include many engagements with language - principally automatic writing in such works as Sisters of Menon (1972-79) - and the book includes several talks unfolding the reasons behind Hiller's long standing interest in automatism. Here, however, I'm interested in the critical writings included in The Provisional Texture of Reality, and the model they provide.

Hiller emerges from the book as a verbally articulate and  intellectual artist, highly accomplished at expressing herself through writing - her critiques of ethnographic exhibitions don't just complain but offer examples of the new linguistic forms a non-colonial ethnography could take. Yet her writing also holds back, aware that if making art is a genuine contribution to knowledge and culture then it cannot just be explained by the artist or anyone else. In Hiller's words: "If talking and thinking were sufficient, and working with ideas was enough: why make art?" (10)

The book demonstrates a series of attempts to make speaking insufficiently satisfying. For the books editor, Alexandra M. Kokoli, this is one manifestation of a concern that runs through all of Hiller's work:

Hiller [and I want to substitute here: WRITING] finds herself both inside and outside/ beyond, within and against (conceptualism; gesturalism; in some ways, feminism) and embraces these contradictions wholeheartedly, as she considers them an inherent part of art practice. (11)

Something of Hiller's curiosity about marginal cultural phenomenon, seemed to inform Dana Goodyear's Letter from Japan: I ♥ Novels in The New Yorker (Dec 22&29 2008), which sought to unpack the literary and social phenomenon of the cell-phone novel or ketai shosetsu.

Tales of true love and its obstacles, set in the provinces, written by young (anonymous) women directly into their cell phones, uploaded onto web sites like Maho i-Land, these, actually, are not marginal at all, with the Maho i-Land website claiming three and half billion hits a month. A few of the million novels on the site will be published in book form, with all the distinctiveness of cell phone typography  and lay out retained. Read Horizontally! declares one sales pitch for the ketai shosetsu.

Goodyear's article was fascinating, both for outlining the dynamics of this commercially successful but critically condemned form - both as a use of technology and as a model of the author - and tracing its genealogy through Basho and, notably, The Tale of Genji. I also liked how, within the context of the Winter Fiction Issue of The New Yorker - alongside the likes of Zadie Smith, Robert Bolaño, and Alice Munro - it seemed to be highlighting a space of cultural possibility, whilst not specifying exactly what that might be. 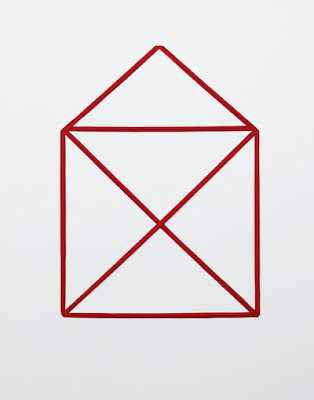 Cell-phones challenge or make nostalgic a long standing avant-garde fascination with radios. Indeed, whilst it turns chronology into time travel, many of the tensions in Goodyears's portrayal of the cell phone, seem to find avant-garde friendly expression in Erik Davis' summary of Jack Spicer's technique, in his Bookforum review of My Vocabulary Did This To Me: The Collected Poetry of Jack Spicer:

... the heterogeneity of its materials - not just poems but prose fragments, commentaries, a "textbook," and personal letters Spicer presented at readings, thereby blurring public and private. And the poems themselves are patched together from all manner of language: ordinary speech, myth, epistle, foreign language, folk song, list, in-joke, street sign, homily, personal address, journal.

Spicer wanted to make poetry a "collage of the real," an ambition that linked him to West Coast visual artists like Bruce Conner, Wallace Berman, and George Herms, bohemian bricoleurs who created their assemblages from junk, pop culture, and oracular fragments.

Rather than practicing some version of the cut-up, Spicer achieves the visceral sense of poetic collage through the intense and sometimes claustrophobic materiality of his language.

...Spicer's language is fully in front of him, like [said Robin Blaser] a "cubist painting where you can't get through the fucking frame." Spicer's copious use of puns and syntactic ambiguity returns us to this consternating surface, where slips of the tongue turn poems into Möbius strips of meaning, figure-ground fluctuations over an essential groundlessness.

I was drawn to Davis' summary for how it conveyed the continued excited relevance of Spicer's methodology, but also for more propagandistic reasons. Despite the recent resurgence of art writing, the translation - or even the acknowledgement - of experimental poetic traditions such as Spicer into art world writing and criticism remains a rather fraught process more usually characterised by ommission than by fruitful appropriation. 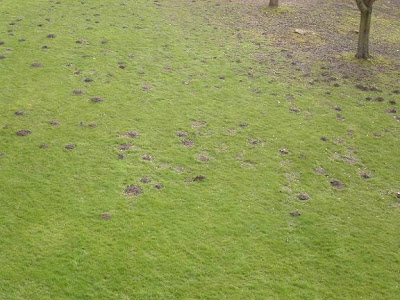 Something of both that gap as well as the connection is captured in Nicholas Bourriaud's interview in the Jan/Feb 2009 issue of Frieze. Asked by Tom Morton about the prevalence of written and spoken language amongst artists - such as Nathaniel Mellors, Tris Vonna-Mitchell and Charles Avery - taking part in this years Tate Triennial, Bourriaud replies:

In our globalized culture time has become a space in itself, and the artists I categorize as 'altermodern' are the first to explore this new frontier. So, yes, Mellors, Vonna-Mitchel and Avery are using written or spoken language in their works, in order to compose complex narratives in which time and space merge. I call this compositional mode the 'journey form': a 'trajectorial form'; it includes elements that are absent, past or future, fictional or documentary. (129)