MARIE MENKEN'S GLIMPSES OF THE GARDEN: SIX NOTES IN ANTICIPATION 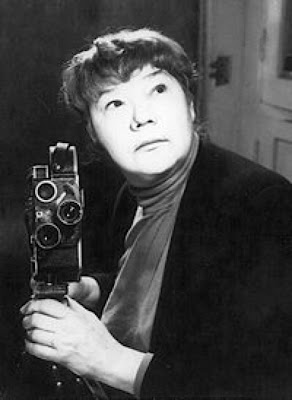 NOTE ADDED 22/11/2008: This essay was written as a thinking-through prior to An Arabesque for Marie Menken  at Tate Modern. A full review of that event can be read here.

"Marie's films were her flower garden." wrote Jonas Mekas in his 1970 obituary for Marie Menken. "Whenever she was in a garden she opened her soul, with all her secret wishes and dreams."

I wasn't sure about starting with this quote. Is this the best way for one artist to describe another? Perhaps Mekas knew we'd have seen Menken's crazed intensity in Chelsea Girls, and known about her marriage to Willard Maas being the basis of Albee's Who's Afraid of Virginia Woolf.

Given that, maybe he wanted to balance out the picture. He was acting out his oft-stated critical philosophy of focussing on the beautiful, because the ugly would die and go away of its own accord.

But what if there's nothing better for expressing drunken craziness than a strong dose of the botanical?

Prior to this weekend's An Arabesque for Marie Menken at Tate Modern, I've been watching Glimpses of the Garden (1957) in its Ubuweb incarnation.  Some notes whilst watching:

This isn't about human perception. This isn't how we look at a garden without a camera. It's a perception of a human with a hand held camera, only then. Take away the camera (or the person!) and such ways of looking vanish.

Someone somewhere knows the  names of these plants,  but Menken's look doesn't allow the word to emerge, even if  she or we knew it. This is a demonstration of Brakhage's famous assertion in Metaphors on Vision when he asks: How many colors are there in a field of grass to the crawling baby unaware of "Green"?

Yet the attention is close up. Many images pick out the specificity of plant forms. But this is not the close careful study of an object. Not an object of contemplation. Even when the film slows an individual object it is always only present within a movement - either of the camera, or of the films ongoing montage.

Being still and contemplating. That doesn't exist here. Because if you stopped there would be nothing to see. There's no concept of reverence for the act of looking. There is no frame. This film is anti-social. You can't film like this and have a conversation. You film like this you trample the plants.

Until now, Menken's most vivid presence on the film landscape has been not her films but the claims made for her films by Stan Brakhage and Jonas Mekas. Take Mekas in his essay Notes on the New American Cinema (1962):

Robert Breer, Stanley Brakhage, and Marie Menken, thematically and formally represent, in the new American cinema, the best of the tradition of experimental and poetic cinema. Freely, beautifully, they sing the physical world, its textures, its colours, its movements; or they speak in little bursts of memories, reflections, meditations.

Unlike the early avant-garde films, these films are not burdened by Greek or Freudian mythology and symbolism; their meaning is more immediate, more visual and suggestive. Stylistically and formally, their work represents the highest and purest creation achieved in the poetic cinema. (Film Culture: An Anthology, 98-9) 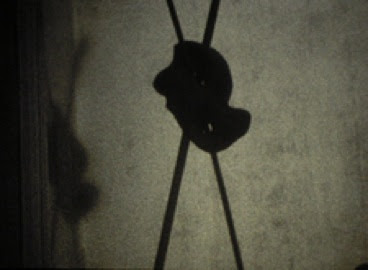 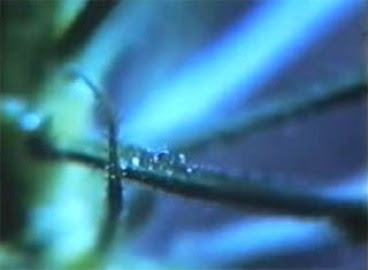 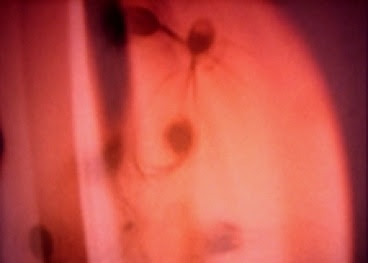 Mekas further connects the work of his three artists for the way in which "contemporaneity is abstracted, filtered, it becomes a thought, a meditation occurring in a world of its own, in the world of a work of art." (100) The following also includes phrases from Mekas' later essay Notes on Some New Movies and Happiness:

A landscape, a face, a blotch of light - everything changes under their eyes to become something else, an essence of itself, at the service of their personal vision... make our own pompousness begin to crack. The only signs, the only visible traces from which we can say ... [that a Ken Jacobs, Joseph Cornell or Menken film] passed nearby are the drops of happiness left on our faces, touches of joy. So actionless is their art.

Watch it again. It's the speed of the film that strikes. If the camera is connected to the body, it pretends the body doesn't exist. It pretends there is no eye and no mind. Only the camera. Let's pretend.

This is all very familiar. A wide shot to set up the scene and location, then close ups, punctuated by pulling out to remind one of the whole location.

There is language: the hand drawn titles. A rudimentary writing that frames the film, positing the hand held camera specifically in terms of the hand-written, its absorbing of systems - language, gardens, film - into something highly personalised, somewhat cryptic, a little illegible.

But against all (human) language is the incessant bird song of the soundtrack. Relentless, from the beginning to the end of the film, continuous in a way the footage is not. It is, to a degree, unmediated. That bird is arguing with Jonas Mekas.

What does it mean to laugh at this film, as Mekas tells us the audience did at the Cinémathèque Française in Paris? To find it too simple? To refuse to be convinced that it isn't just bad... a random collision of shots?Because that's what happens when such films are taken out of a small circle of aficionados. The speed of this film is because Menken is being chased by that laughter.

Brakhage, too, turns to Menken when trying to understand what has formed him as a film-maker:

only, rather, INdirectly affected through my U.S. contemporaries... and, of that, only finally deeply by N.Y.C.'s Marie Menken and Joseph Cornell. This is perhaps because I, early on, developed an aversion to Surrealism - finding it an altogether inadequate (highly symbolic) envisionment of dreaming. (208-9)

Marie Menken did seem, and does seem, to me to be (despite her limited output) a kind of Gertrude Stein of filmmaking and Menken's films... have almost no relationship to European aesthetics. Menken's work, as I take my own to be, best optimised by reference to "No ideas but in things," as conceived in practice by the American poet William Carlos Williams... (209)

... her hand-held camera directly capturing external light shaped into representational images on film is, at the same time, recording her whole body's reaction to what she is seeing through that camera. She always tended, when taking pictures, to DANCE and, when editing those film strips, then, to capture the eye's dance (rather than, say, some idealized stance-dance of the "mind's eye"). She would hang up the strips and film and study the patterns, right, left, up, down, and splice them together as designs in Time - plenty of ideas arising in these arrangements of rhythmic Form, but no superimposed ideology. (Essential Brakhage, 210) 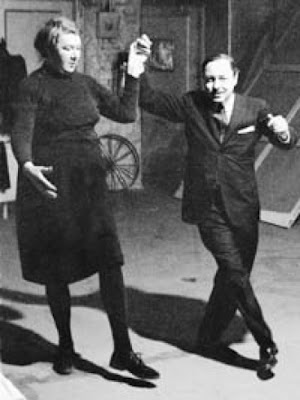 The garden in Glimpse of the Garden belongs to Dwight Ripley - heir to an American railroad fortune, sometime funder of Menken's work, and whose partner Rupert Barneby, a self-taught botanist, had an affair with Menken's husband Willard Maas.

All of which steers the film closer to the Freudian interpretation Mekas rejects. It positions the film within a social world that juxtaposes inherited wealth with near destitute bohemia, as evidenced both by the factory and by, say, Mekas and Warhol's relationship with the Kennedys in the formers This Side of Paradise (1969/99).

Perhaps this is what the film so restlessly explores. Menken pursues the garden as a miniature, somewhat arboreal model of Greenwich Village and the Factory. Menken's plants are more successful than Warhol's superstars at maintaining their engagement with the world on the surface. Like Mario Montez they hover on the surface of the film, preferring such an emulsion based existence to their own everyday world or mine.

An Arabesque for Marie Menken, curated by Lucy Reynolds, is at Tate Modern THIS WEEKEND (Sat 15 Nov - Sun 16 Nov 2008). It includes Menken's own films, as well as those by Warhol and Charles Henri Ford in which she performed, and a programme of films by selected members of the Gryphon Film Group, of which she was a member, including Willard Maas, Brakhage, Charles Boultenhouse and Ben Moore.