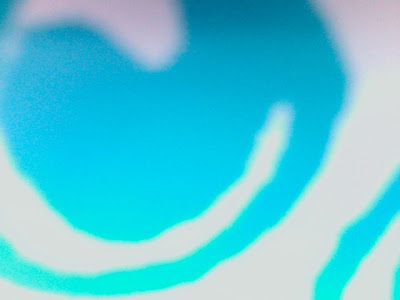 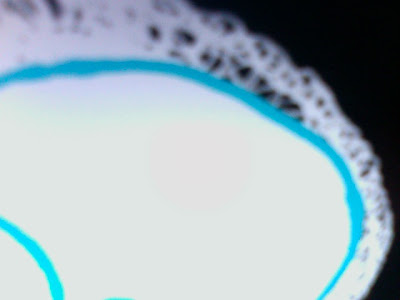 I seemed to be exactly half-way between a book and an exhibition...

Thinking about Dominique Gonzalez-Foerster's NOCTURAMA* catalogue prompted a series of thoughts on the role of the book and catalogue, particularly once the exhibitions and practices they document are no longer concerned with retrospective collections of objects. DGF's Nocturama* catalogue - I suggest here - built on the legacy of Philippe Parreno's Alien Affection monograph,  showing how the book could fulfill many of the traditional functions of the conventional retrospective exhibition, but remain engaged in the present.

Philippe Parreno's thoughts on the role of books within his practice emerges again in the just-published book of conversations with Hans Ulrich Obrist. I seem to be mentioning these books all the time at the moment, and I'm obviously not alone in wondering about the function the ever expanding series of books might play. Jennifer Allen has a funny and slightly hysterical piece about Obrist in the September issue of Frieze which, rightly, observes that as interviews are a primary  historical document, Obrist is Vasari-like inserting himself into every future study of art in the twenty-first century.

But back to Parreno and books, and the connection of books and exhibitions through a certain conception of reading. For example, Parreno writes of Jean-Francois Lyotyard's 1985 exhibition at Centre Pompidou, Les Immatériaux:

It was a superb exhibition. It provided a reading experience. The catalogue... was printed on slips of paper. It was made up of a series of exchanges between different people during a period of time. A sort of intranet had been set up. That was the first time the internet was used as a tool, not as an icon, but as a tool.(16)

A connection to reading prompts accusations that the exhibition is too literary or philosophical, but actually, Parreno claims, this was avoided because Les Immatériaux "was an exhibition producing ideas through a display of objects in a space. It was very different from writing a book or developing a philosophical concept." (17)

One of the advantages of conversation as a critical commentary is how it values the improvisatory, intuitive, and contradictory in its desire, at its best, to respond in the moment. A few moments later Parreno observes:

Books are great exhibition displays... maybe the fundamental experience of reading will become fundamental again. Reading is also a physical state; it demands a particular attention, a floating attention.  The moments when you disconnect from the reading, when you start dreaming, are very pleasant. You are at once inside you're head imagining things while you're being spoken to. (18)

How this relates to the tactile phenomenology of picking up and manipulating the book object can be seen in Parreno's comments on magazines:

I love to read magazines. The cut-up of the magazine offers possibilities of very open readings, but without the articulation or the need for a classical narrative arch. (19)

Throughout the conversations in this volume, Parreno outlines both book projects, and roles the catalogue can or cannot play. In the later category, Parreno notes that The Trial of Pol Pot (1998) - a show curated with Liam Gillick - did not have a catalogue, partly due to the exhibitions need to avoid judgement and because "Publishing archives has its own para-scientific vocabulary." (23)

As for project ideas Parreno has developed specifically for book form, these often involve subjects where the archive meets the history of representation and is followed into the present: say, the history of medical representation, or a volume "on the manner in which men have rationalized their relation to their waste" (18), which, he says, would make "a beautiful book, a book of landscapes and of very spectacular spaces" (18) - a quote which Parreno seems to be applying equally to the book form and to its subject.

A final projected project on zoos further highlights the role of books as a productive, historical and also somewhat anachronistic way of gathering diverse material together. Artist and book like the visitor staring at the animal in its enclosure. Book like the wild animal brought into the city. Exhibition like zoo. No normal catalogue but an artists book of actual hoof and paw and horn prints.

So, where are we in thinking through these relationships? The book and the exhibition become conjoined by a notion of reading. The book can be an exhibition, even if it is probably best that the exhibition not become a book (although Alison Knowles' Book of Bean could make a useful intervention at this point). Although it seems intuitive, the precise nature of the kind of spatial experience created - creatable - by the book and the exhibition respectively - emerges from this book as volatile and uncertain.

Maybe there is also a utopian desire at work here, an energy between the individual book and all possible books/ the idea of the book. Both Gonzalez-Foerster and Parreno discuss with Obrist that their respective books of conversations could be exhibitions or art works. And, yet, whilst these books are more thoughtfully composed and constructed than some in the series, they end up looking like books of interviews normally look like, somewhat perfunctory. But the idea is still potent.