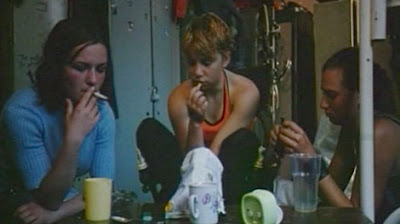 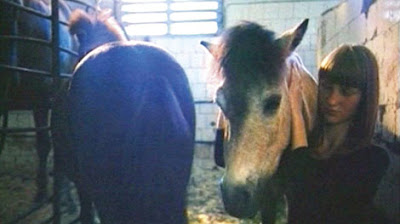 One of the pleasures of Alina Rudnitskaya's films was being reminded that experimental isn't necessarily about particular forms, but about a certain quality of engagement. The three films show here - produced at the state sponsored St.Petersburg Documentary Film Studio - took classical documentary form, but were transformed by their careful attention to the way people communicate, the sheer vivacity of their subject matter, and the sense that something about the history and contemporary reality of Russia was being worked out in the gestures, words and emotions of these individual lives.

Amazons (2003) documented the teenage girls running a stables in St.Petersburg; Besame Mucho (2006) chronicled a female amateur dramatics group preparing an opera recital for a group of Italian visitors; while Bitch Academy (2008) documented a self-empowerment class for women, mainly focussed around the arts of seducing and controlling men. In each Rudnitskaya was sketching out a particular territory: the self-definition and development of individual women revealed through their involvement in groups. Her films were drawn to people full of a passion and life that was only stumblingly and partially expressed in their everyday lives. 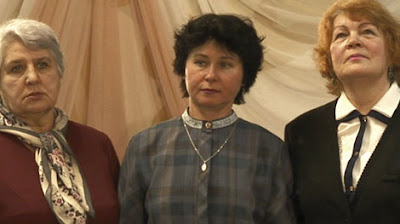 It could have been mawkish, but it was kept dynamic by the alertness and honesty of her camera. When the  operatic recital is underway in Besame Mucho, Rudnitskaya focusses on the body language of the bored Italian audience. In Bitch Academy, as Rudnitskaya explained in the Q&A, the workshop leader told the women their desire to change their lives was connected to a willingness to be filmed, and those who weren't comfortable being filmed should leave. One class exercise involved a woman being told to seduce the cameraman - as she stood, laughing and embarrassed, looking into the camera, it was a  dramatic way of exposing the film's formal relations within a very non-artistic context.

This sense of finding a clear structure for the variety of ways in which form and content can combine - was one thread running through Day 1 of the Experimenta weekend. Completed during a six week residency in Toronto, Nicky Hamlyn's Four Toronto Films (2007) began, he commented afterwards, when he observed the patterns of some Toronto pavement slabs and their similarity to strips of film. Subsequent images explored this conjunction through the water of a lake, or viewed the heavens through an open skylight. 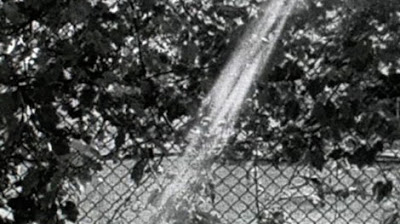 Each of these images gave an immediate, if unspecific sense, of a particular place. But any sense of geography was always in tension with the film-maker's manipulations. The sky and the lake water rushed by in time lapse high speed, as the window frame and the wooden jetty remained still. Most enjoyable about these films was the way their formalism worked in two directions: a world that looks like film, and a film looking like the world. When shadows play on the wall through the skylight they may be speeded up by the film makers intervention, but they are also the world itself offering a form of cinema.

Such impulses reached negation and apotheosis in two Guy Debord's films, the 18 minutes short Sur Le Passage De Quelques Personnes À Travers Une Assez Courte Unité De Temps (1959) and the not-at-all-short In Girum Imus Nocte Et Consummiur Igni (1978, 105 mins). Something of the tone of both Debord's films can be seen in the statements that puncture In Girum: I will make no concessions to the public in this film, he observes at the beginning. Two thirds of the way through he observes that having taken away everything else he will now remove the image itself, leaving a white screen. And at the end - which, much as I enjoyed this film, I found it impossible not to greet with some sense of relief - a caption instructs that the film be seen again from the beginning. 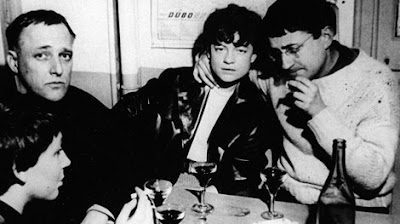 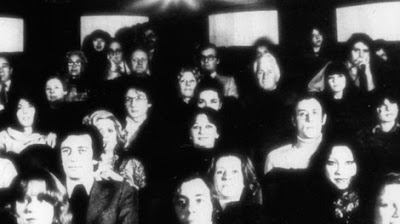 Through the majority of In Girum, Debord provides a biographical voice over of the history of situationism and revolutionary politics. If that description is a bit general, it's because I found it near impossible to take in the specifics of what Debord was saying, whilst also paying attention to the images. The voice over has a shifting relationship to the image, which at different times is still photographs of Paris or footage appropriated from a variety of sources, including Westerns and War films. Styles and discourses clash, at the same time as they are woven together into Debord's particular poetic universe.

Initially, I was a bit preoccupied with the relationship of still and moving images to the voice over. At what point did an experience earn the right to moving images? It seemed as if Debord's descriptions of "despicable Bourgeois Paris" were emphasised by still images in which the city was literally composed of the frozen dead (or the absent - most shots were of the city were from above, devoid of people). Talk of young comrades in cafes planning social revolution, however, was moving images - as if social aspiration, even in failure and uncertainty, maintained a fluidity more associated with the moving image.

Debord accompanied these cafe shots with commentary on how he had botched the tracking shot, highlighting how these and other devices - white screens, intertitles, found footage, life itself - were ever balanced between life and death, creation and negation. One moment that struck me: it was a shock to experience the emotions of a view across the skylines of Paris, and not realise for a moment that it was a pan across a photograph.

After Debord, I followed these impulses into the much gentler and lyrical realm of David Gatten's How To Conduct a Love Affair (2007). I remembered Gattens films from last year, both at the festival and at a Light Reading. Here, too, Gatten began with a short found text: this time round it was on how to maintain a long term relationship. The text appears first as a solid mass of text, then as constellations of isolated words and phrases -  a technique I related directly to poetic experiments such as Ronald Johnson's RAD I OS or Tom Philips' Humument.

Whilst many of Gatten's films stay within the realm of image-as-text, here this opening section gave way to a series of delicate, lyrical images, including fabric, paper, stitches, and an egg on a spoon. The framing and texture of its daily poetic lyricism reminded me immediately of Robert Beavers, whilst the shifting from word to object evoked Hollis Frampton's Zorns Lemma, albeit with a very different tone of poignancy and melancholy. A gentle beauty suffused this possible connection and inevitable distance of language and object. Even aside from these specific influences, this was a film whose images and text seemed to be interested in constructing a legacy and tradition for themselves. 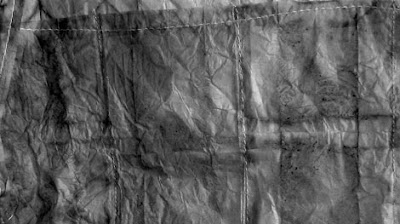 In the film's final section, there was a return to text, in which the initial focus on relationships seemed to have been re-framed in terms of acts of writing and reading. Having seen so many films by this point my perceptual capabilities were a bit numbed and I'm unsure if this involved a wholly new text or another re-working of the opening paragraph, but that uncertainty fits with the sense of permutation, variation and difference throughout a film that, in retrospect, has become more defiant in its gentleness.

This, then, is one thread through Day One. A sense of summation also came from  Rebecca Baron and Douglas Goodwin's Lossless #2 (2008). Images of Maya Derens Meshes of the Afternoon were subject to digital decay, reflecting on the process whereby the kind of work seen at Experimenta is translated into digital and web-based formats, changing its patterns of distribution and composition. The film tantilisingly proposed such processes as both annihilation, transformation and redemption.